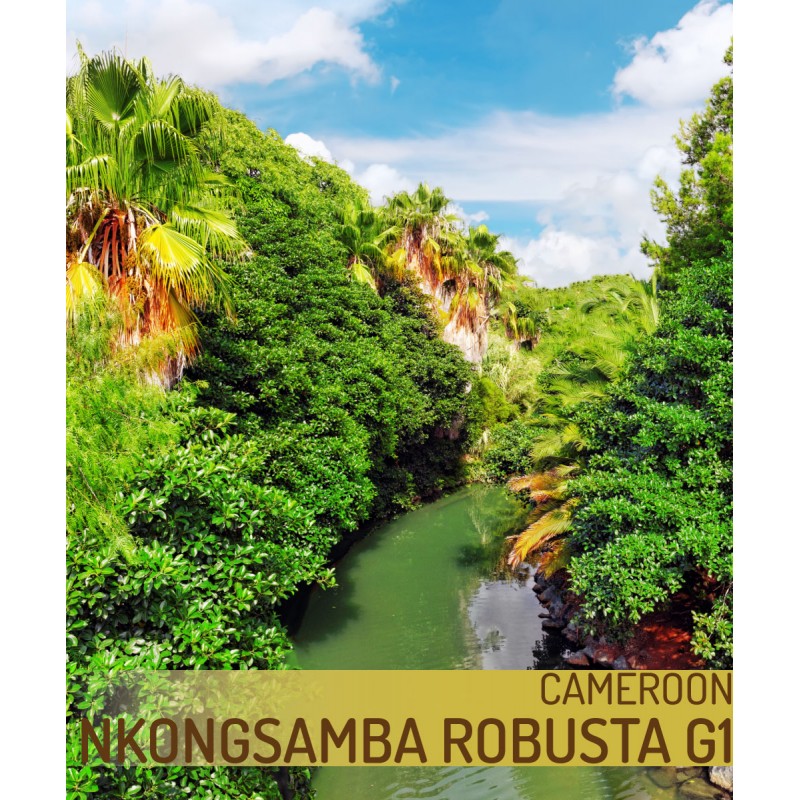 Write your review
zł21.49
Tax Included
Coffees are roasted on the day of shipment, shipped up to 48h
Coffee available

Select the desired package, roast and grind level, then the final price will be displayed. The starting price is for 75 g. of medium roast coffee beans.

Continent of origin of the coffee
Africa

Country of origin of the coffee
Cameroon

There are two main types of coffee Arabica ( that we all know of ) and Robusta ( Coffea canephora ). People were the first to know Arabica coffee and it dominated, established the canons of coffee taste, especially in the Western world. However, East African societies cultivated Robusta coffee and used it in their rituals centuries before the European colonial empires began shaping Africa. European botanists did not encounter Robusta until the late 19th century. It is interesting to note that in countries where Robusta coffee is grown, local communities often value Robusta more than Arabica coffee. It is similar in Cameroon.

Cameroon - a country in Central Africa, located on the Gulf of Guinea, with a great diversity of terrain, wildlife and flora. The capital is the city of Yaoundé, and the most important seaport through which green coffee is sent to the world, Duale. The country is named after the mouth of the Wouri River, given by Portuguese explorers at the turn of the 15th/16th century, Rio dos Camarões - "River of Shrimps". The name from English, Cameroon, was taken over by German colonists who named their whole protectorate after it, the borders of which coincide with the current borders of the state of Cameroon.

Coffee came to Cameroon after 1884, but its cultivation on a larger scale started after 1929 when René Coste, a French agricultural engineer, established an agricultural development station in Dschang. Today, Cameroon is one of the smallest coffee producers in the world, hence coffee from this country is relatively difficult to find ( in 2015/2016, Cameroon accounted for 0.29% of the world's coffee production).

Cameroon is a Robusta growing country, it accounts for nearly 90% of all coffee grown in the country. Robusta coffee in Cameroon is harvested by hand, virtually all year round; from December 1 to November 15 of the following year. In Cameroon, Robusta coffee is grown in forested areas, usually small plantations of about 0.5 hectares. After harvesting from the bushes, the coffee is processed using the naturals method; in the simplest terms, this involves drying the harvested coffee berries until the top skin of the berry is dry. Then, by rubbing the dried skin is removed, thus obtaining a green coffee bean ready for export. The coffee comes from several plantations in the Nkongsamba region, located at altitudes between 800 and 860 meters above sea level. 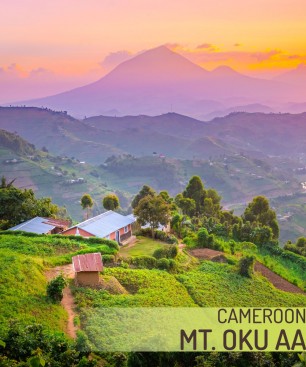 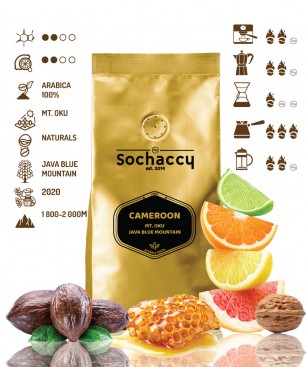 Add To Compare
Add To Wishlist
Rating :
(3)
Write your review 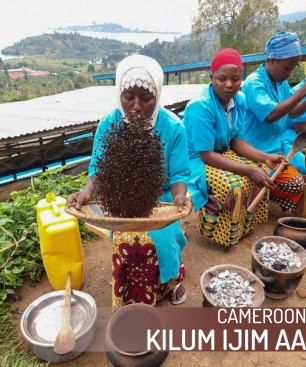 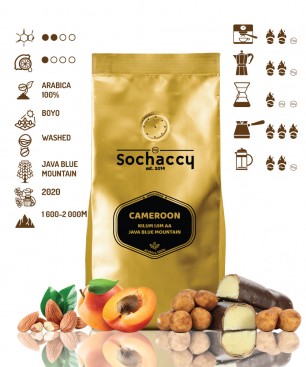 zł21.49
Tax Included
Coffees are roasted on the day of shipment, shipped up to 48h