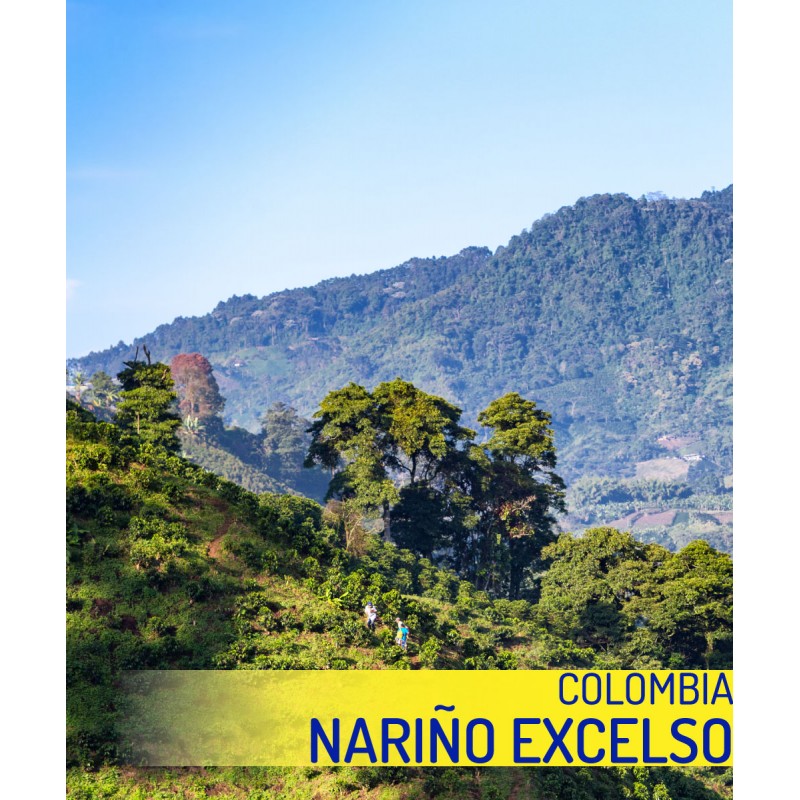 Continent of origin of the coffee
South America.

Country of origin of the coffee
Colombia

Region of origin of the coffee
southern regions of Colombia

Coffee arrived in Colombia at the end of the 17th century thanks to Jesuit missionaries. The first coffee plants were planted in the north of the country, in the departments of Santander and Boyaca. However, due to the good conditions for growing coffee in Colombia, coffee cultivation soon spread throughout the country. In Colombia, most of the major growing areas stretch along the Andes mountain range - stretching from the north of the country to the south. Plantations are usually smaller than 3 hectares and lie at fairly high altitudes; between 1,200 and 2,200 meters above sea level. Colombia is the world's second largest producer of coffee and also the first producer of wet-processed arabica coffee.It was relatively late that coffee seedlings reached the southeast of Colombia, in the department of Nariño. The department of Nariño lies on Colombia's border with Ecuador and stretches close to the equator. The equatorial location allows coffee to be grown at high altitudes, flanking the peaks of the Andes mountain range. Many of the plantations here are at altitudes of more than 2,000 meters above sea level. Growing coffee at such altitudes is a real rarity, but in Nariño the conditions are exceptional, with high light levels due to the proximity of the equator, very intense and regular rainfall providing irrigation to the volcanic - mineral-rich volcanic soil. In addition, the unique configuration of the terrain ensures optimum temperatures for the coffee plants; during the cold nights, the warm air accumulated during the day at the bottom of the canyons rises to high altitudes, enveloping the coffee plantations and protecting them from the night-time chill typical of high altitudes.

The views that can be found in Nariño are breathtaking from the first contact. Nariño is one of the pearls of Colombia - not only in terms of coffee. Even the flight to Pastos, the region's capital, is an adventure, its short runway located on a plateau makes landing at the airport a thrill. The entire journey through Nariño sticks in your mind for a long time, the views of the landscape dominated by the majestic Andes, deep valleys - hillsides dotted with numerous tiny coffee plantations makes it clear that you are in the coffee heart of Colombia.

Coffees from the southern regions of Colombia are known for their mild flavors, lemony, sweet notes, medium body and enhanced acidity. The coffee comes from small family farms in the growing region of the department of Nariño, Colombia. The main harvest runs from April to August and the "mitaca" harvest runs from December to February, and it is from this 2018/2019 crop that the coffee comes. The small coffee farmers harvest and process the coffee in their own micro washing stations and then dry the coffee themselves, usually on elevated tables, in solar dryers which, sheltered by a plastic roof, provide protection from the rain. We are pleased to offer you at Sochaccy.co real high mountain arabica coffee of the Excelso class, from the municipality of Ancuya. It is a coffee from which the top part of the berry skin was removed with mountain spring water, using the washed method. The coffee is a noble Arabica Caturra and Castillo, fermented for 14-16 hours and dried on raised beds for another 6-9 days. There are floral and jasmine notes, sweet cloves - the coffee has distinctive apple - wine notes. In our opinion, the coffee, in a medium roast will work well both in the morning and midday. A light roast might be a good choice for preparing coffee using alternative methods. However, we are curious about your opinions and invite you to leave your own evaluations in the comments below the coffee.

4 other products in the same category: 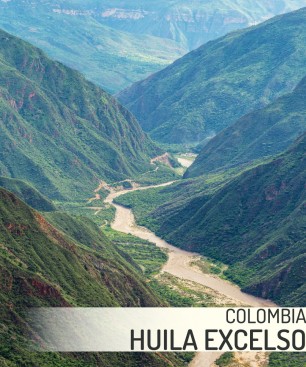 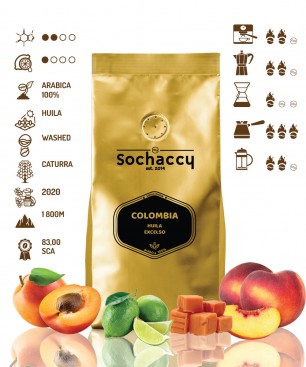 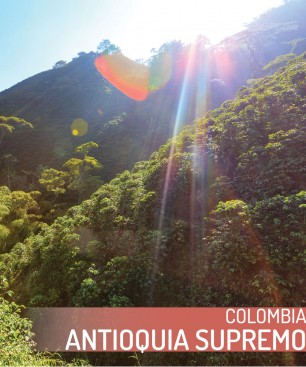 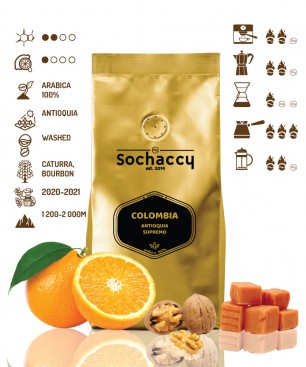 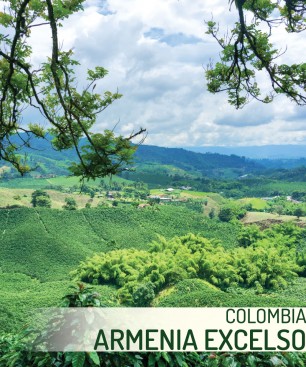 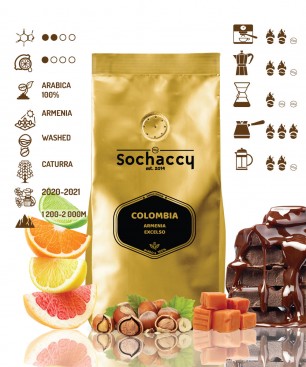