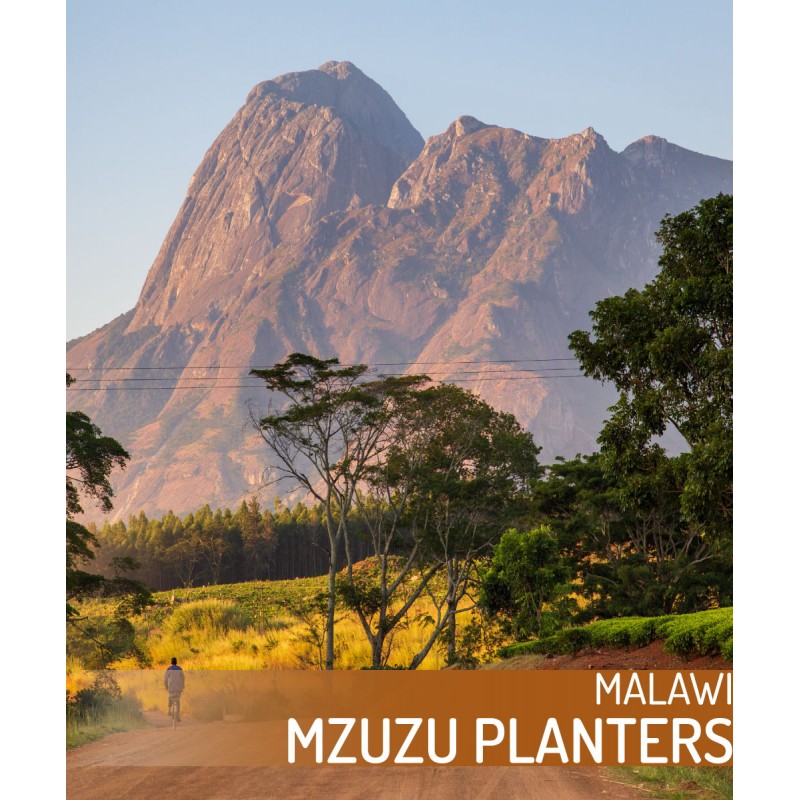 Write your review
zł37.99
Tax Included
Coffees are roasted on the day of shipment, shipped up to 48h
Coffee available

Continent of origin of the coffee
Africa

Country of origin of the coffee
Malawi

Region of origin of the coffee
Mzuzu

Malawi is a small landlocked country in the southeastern part of Africa. A large part of the country is a lake with the same name as the country. Lake Malawi is the 9th largest lake in the world and the third largest in Africa. Malawi has a subtropical climate with two rainy seasons.

Mzuzu is the capital of the Northern Region, the third largest city in Malawi, and lies in the Mzimba District. The north of Malawi is a region of high mountains, and the city of Mzuzu itself, is located at an altitude of nearly 1,000 meters above sea level. The area abounds in large amounts of water flowing from the mountains directly into Lake Malawi. The location and climate make it easy for Malawi to grow top quality coffee.

Coffee was introduced to Malawi in 1894 by a Scottish missionary, Dr. John Buchanan, when the country was a British colony and the first seedlings came from the Royal Botanic Gardens in Edinburgh. It took some time for cultivation to take off on a wider scale but by about 1923 the first significant coffee plantations were in place in the Thyolo and Mulanje areas. Arabica is the only coffee species grown in Malawi. Today, with a few exceptions, most of the coffee crops in Malawi are small farms of 1-2 hectares, which after harvesting deliver their crops to coffee collection centres where the top part is removed from the coffee berry. The cultivation formula is directly designed for the formation of producer cooperatives. The cooperatives make it possible through a joint effort to create the infrastructure to process the harvested crop.

Mzuzu Coffee Planters is a cooperative of coffee farmers. The cooperative operates in areas of northern Malawi, near the border with Tanzania.  The Mzuzu Coffee Planters cooperative was founded in 1946 when Mzuzu farmers joined forces and, with the support of the European Union, expanded the network of coffee processing points, bringing the number of processing points to 61. At the same time as the number of processing points increased, investment was made in farmers' knowledge of coffee cultivation. Soon, Mzuzu Coffee Planters, became a recognized brand in the specialty coffee sector, effectively dominating the cultivation of high quality arabica coffee throughout Malawi. Today, the cooperative has grown to over 3,000 farmers grouped in 6 regional circles. The cooperative's crops are located at altitudes between 1,700 and 2,000 meters in Malawi's Nkhataba highlands. At these high altitudes the coffee matures slowly, making the beans harder and more flavorful. The altitude of the plantations is the reason why the coffee is called high mountain arabica. The farmers grow the varieties of arabica coffee; Catimor, Geisha, Agano and Nyika. The coffee comes from plantations located on the shores of Lake Malawi.

After being harvested by hand from the bushes, the coffee is processed using the full washing method. Then the green coffee beans are dried in the sun.

The taste of Malawi Mzuzu Planters coffee is dominated by tangerine sweetness, flowers along with notes of licorice and spices. This flavor profile is actually dedicated to light roasting, which accentuates the floral and citrus notes and usually works best with alternative methods. With a medium roast, sweetness and floral notes still dominate but with a hint of milk chocolate; this configuration seems dedicated to a morning espresso (or as a base for a coffee with milk) preferably on a Sunday, because usually we don't have to get on our feet right away and the wake-up process can be stretched out a bit by the overwhelming sweetness.

1 other product in the same category:

Add To Compare
Add To Wishlist
Rating :
(2)
Write your review

zł37.99
Tax Included
Coffees are roasted on the day of shipment, shipped up to 48h