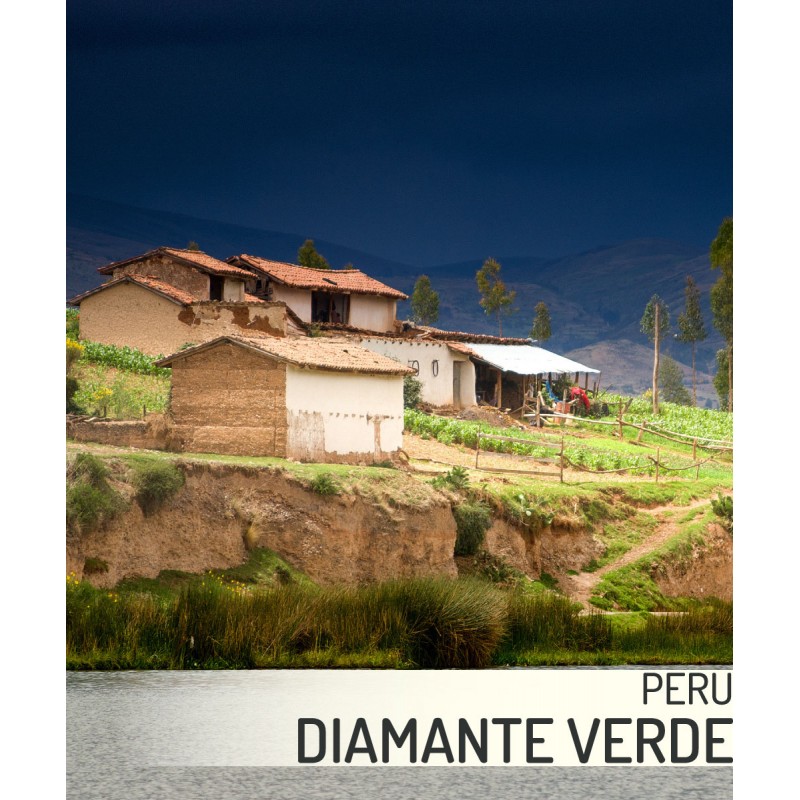 Write your review
zł26.29
Tax Included
Coffees are roasted on the day of shipment, shipped up to 48h
Coffee available

Continent of origin of the coffee
South America.

Country of origin of the coffee
Peru

Region of origin of the coffee
Diamante Verde

Peru Diamante Verde coffee at Sochaccy.Co coffee shop, comes from an area stretching between the Andes range in the east and the Cordillera Azúl chain in the west. The San Martin region is a series of deep valleys formed by the eruption of the Huallaga River. The combination of ravines between mineral-rich volcanic peaks and abundant water at an altitude of 1,100 to 2,000 meters is an ideal combination for growing coffee. Previously, significant amounts of coca were grown in these areas, but thanks to recovery programs in the early 2000s, the UN was able to redirect the region's agriculture to coffee. For farmers diverting their crops, these were life-threatening decisions for them and their families. However, it allowed them to break out of the cycle of poverty and cartels in the long term. In the 8 years following the implementation of the programs; poverty was reduced by 70% and GDP per capita increased by over 60%; the area under cultivation was doubled.

The Diamante Verde Farmers' Union, from which the coffee offered comes, was founded in 2017 in Soritor, near Moyobamba, capital of the San Martín region. As of 2020, it already has 206 members from 27 surrounding towns and villages. From the beginning, the Diamante Verde ronics focused on creating an environmentally sustainable coffee crop, although this was not so much due to their choice as to the lack of financial resources to use chemicals. Eventually, what was initially an unintentional imperfection became the distinguishing factor of Peru's South American coffee, creating organic coffee crops from scratch. The practice helped earn numerous organic coffee certifications as well as Fair Trade. Together, the farmers of the Diamante Verde cooperative build the reputation of their association's coffee by sharing knowledge and best growing practices.

Diamante Verde farmers own small plots; a few hectares; such as Odilo Vallejos Tapia, whose plot is just 3 hectares in Sol Naciente in the Soritor district.  He has been growing coffee for 10 years and is well aware of the importance of organic and sustainable agriculture; he dedicates an area from his tiny plot to forest, and knows the importance of biodiversity in agriculture.

The cooperative's plantations are planted with arabica coffee varieties; Pache, Caturra, Bourbon, Typica. After harvesting, the coffee has undergone a wet processing method (fully washed, sun dried). The beans are of SHB EP grade 1. The cooperative from which the Peru Diamante Verde coffee comes, has numerous certifications such as; European organic coffee certificate, Fair Trade certificate. 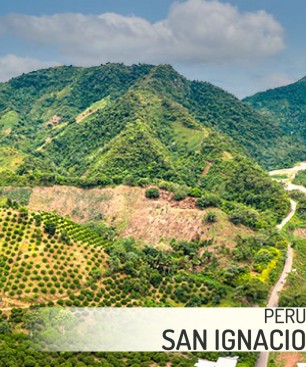 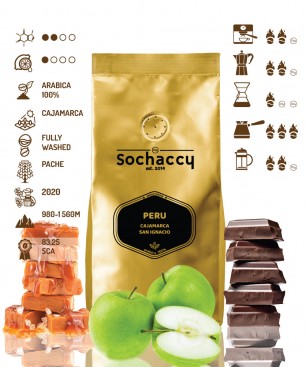 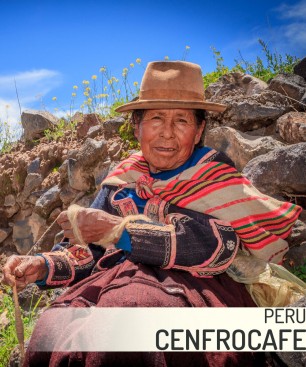 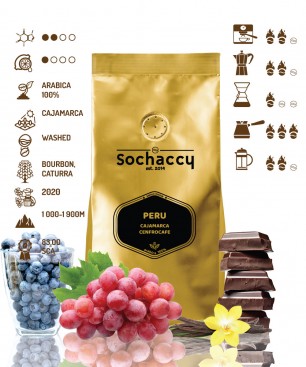 zł26.29
Tax Included
Coffees are roasted on the day of shipment, shipped up to 48h