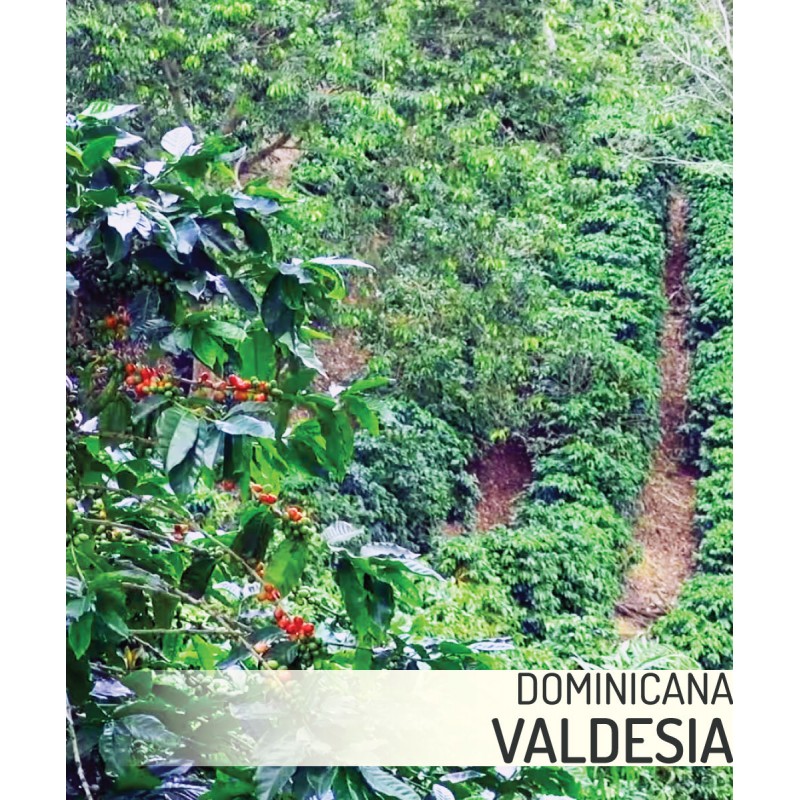 Write your review
zł29.24
Tax Included
Coffees are roasted on the day of shipment, shipped up to 48h
Coffee available

Continent of origin of the coffee
Central America.

Country of origin of the coffee
Dominicana

Region of origin of the coffee
San José de Ocoa

The coffee we are pleased to present to you at Sochaccy.co comes from the Dominican Republic, a country located on the island of Haiti. The Dominican Republic occupies almost 2/3 of the island and borders the country of Haiti, making it the largest country in the Caribbean, after Cuba. The island was discovered by Christopher Columbus, who named it Hispaniola, and his brother Bartolomeo founded the first city in the New World, Santo Domingo, on August 4, 1496, which became the capital of the present Dominican Republic.

The climatic conditions in the Dominican Republic are ideal for growing coffee; abundant rainfall and mountain ranges. Most of the coffee is grown at altitudes between 600 and 1,450 meters above sea level. Due to the island's varied microclimates and topography and the constant rainfall, coffee is harvested from the bushes all year round. The peak harvest period is from November to May.

The coffee comes from the cultivation of the best agricultural region of the Dominican Republic Valdesia. Coffee from the Valdesia region is the only coffee in the world to be recognized by the European Union, becoming the only agri-food product on three continents (Oceania, Africa and America) to obtain this quality mark under the European Community registration system.

San José de Ocoa, a town in the Valdesia region, is also the capital of the province of the same name; a small agricultural village with several tourist attractions such as the Casa de los Recuerdos museum, La Alta Gracia church, and the Libertad Park, considered one of the most beautiful in the Dominican Republic. The village lies on the banks of the Ocoa River, at an altitude of 475 meters above sea level. The combination of the mountainous landscape and the river winding through the valleys make for exceptionally beautiful views. Coffee plantations here were established on the mountain slopes of the Cordillera Central, whose peaks (including La Barbacoa at 1,743 meters) are the highest in the entire Caribbean. Between the national parks of Luis Quinn, Máximo Gómez, Cerro de Bocanigua and La Barbacoa Scientific Reserve. The coffee we are pleased to offer you comes from the settlement of La Colonia. La Colonia, is located just over two hours from Santo Domingo, the capital of the Dominican Republic.

La Colonia is dominated by Typica and Caturra arabica coffee bushes, grown in the shade on small individual farms averaging less than 3 hectares.  The plantations are located at elevations ranging from 600 to 1,300 meters above sea level.

Dominican coffee in a cup represents the culture of its country of origin; it is characterized by sweetness, floral notes and minimal citrus acidity, a well-balanced flavor. The aroma has notes of dark chocolate and nuts.

1 other product in the same category:

Add To Compare
Add To Wishlist
Rating :
(3)
Write your review

zł29.24
Tax Included
Coffees are roasted on the day of shipment, shipped up to 48h